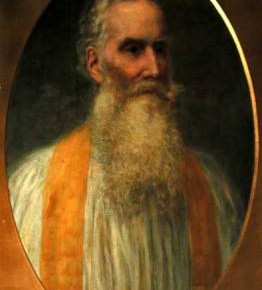 Saint Augustine of Hippo is considered by many to be the greatest Christian theologian of the church. He is called a “Doctor of the Church” by Roman Catholics and Anglicans and is considered the “Father” of the protestant reformation by many. He lived between 354 and 430 A.D. in Africa, which is modern day Algeria.

His works are some of the greatest in all church history. They show the consistency in doctrine of the christian church over the years, even till today. A philosopher is not out of date in their thinking just because they wrote their Theology and Philosophy hundreds of years ago. Truth is truth, no matter what year it is.

Christians should not overlook Saint Augustine’s works as they will surely give insight on how the early church interpreted scripture. Some try to say that the church has changed and that the Bible is not the same as it was back when it was originally written. When reading the church Fathers, like Saint Augustine, this argument quickly dies.

The most notable doctrines that Saint Augustine taught were on Sin, Salvation, Grace, the Trinity, free will, and philosophy. He truly earns the title of “Church Doctor” in that, his teachings solidified and kept the christian church unified and whole. Although Christian’s will disagree with him on one point or another, his core doctrines are essential even in today’s time. I could walk up to any “sober” Christian and tell them a doctrine taught by Augustine and they would understand and agree to it.

Saint Augustine, a real person in a real world

Saint Augustine was no perfect person. He could identify with those who did not live a righteous life. He wrote his “Confessions” to show his own lifestyle when he was young. He was not a perfect obedient follower of God in his youth. His understanding of how God works in the world is deep and meaningful. An example of this is the following quote from his confessions.

In boyhood itself, however (so much less dreaded for me than youth), I loved not study, and hated to be forced to it. Yet I was forced; and this was well done towards me, but I did not well; for, unless forced, I had not learnt. But no one doth well against his will, even though what he doth, be well. Yet neither did they well who forced me, but what was well came to me from Thee, my God. For they were regardless how I should employ what they forced me to learn, except to satiate the insatiate desires of a wealthy beggary, and a shameful glory.
The Confessions of Saint Augustine Book I Page 8

It seems most people can identify with the being forced to study subjects is school that are not interesting or objectionable. Many times this forcing of people leads them to hate the world. Augustine also talks about how he was carried away with lustfulness in his youth. He says,

I kept not the measure of love, of mind to mind, friendship’s bright boundary: but out of the muddy concupiscence of the flesh, and the bubblings of youth, mists fumed up which beclouded and overcast my heart, that I could not discern the clear brightness of love from the fog of lustfulness. Both did confusedly boil in me, and hurried my unstayed youth over the precipice of unholy desires, and sunk me in a gulf of flagitiousnesses.
The Confessions of Saint Augustine Book II Page 13

Yet, he felt the desire within himself to flee from such things. Eventually, he began to think of God and His ways. He would hear God speaking to him through people and the world in many ways. He explains this in his Confessions.

So was I speaking and weeping in the most bitter contrition of my heart, when, lo! I heard from a neighbouring house a voice, as of boy or girl, I know not, chanting, and oft repeating, “Take up and read; Take up and read. “ Instantly, my countenance altered, I began to think most intently whether children were wont in any kind of play to sing such words: nor could I remember ever to have heard the like. So checking the torrent of my tears, I arose; interpreting it to be no other than a command from God to open the book, and read the first chapter I should find.
The Confessions of Saint Augustine Book VIII Page 80

He understood that God works in all things and that He is with us even when we are not following Him.

His major works are “The Confessions of Saint Augustine,” “The City of God,” “On the Trinity,” and “On Christian Doctrine.” You can download them for free below.