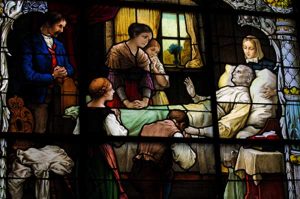 We know God is our Health and salvation. As the Hymn states, Praise to the Lord, the Almighty, the King of creation! O my soul, praise Him, for He is thy health and salvation! (Praise to the Lord, the Almighty) The Bible teaches that God restores us to health when we are sick. “The LORD... Read more »
I received a great question on John 3:16. The question was: “My question is about eternal death. John 3:16 gives  two destinies for man, eternal life, or perish. How can perish mean eternal death? Perish means the end of a person. How can it mean living on forever? Sodom is given as an example. Ashes... Read more » 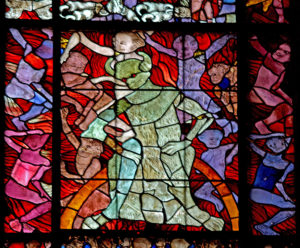 The teaching in the Westminster Confession of Faith and the Shorter and Larger Catechism on the offices of Christ help understand Christ ministry on earth and what He is doing in heaven. Christ fulfills three offices, the offices of Prophet, Priest, and King. His office as Mediator is his once offering himself a sacrifice without... Read more »

An Integral part of understanding Jesus Christ and what He did in His earthly minister is found in the Westminster Confession of Faith Larger Catechism. It says: Our Mediator was called Christ, because he was anointed with the Holy Ghost above measure; and so set apart, and fully furnished with all authority and ability, to... Read more »

The understanding of the Trinity and how God saves us is critical. God the Father predestines us, The Son redeems us in His atonement, and the Holy Spirit regenerates us and causes us to persevere through sanctification. All aspects of the plan of salvation are controlled by God the Father, Son and Holy Spirit. The... Read more »
Below is an Inforgraphic chart that shows the comparison between general soteriological views taught in different Christian denominations. The chart is based off of the TULIP Calvinist theology. This is similar to the Order of Decrees chart made by B.B. Warfield in his book Plan of Salvation. The chart is built off the difference between... Read more »

There is much confusion on what the early church taught in regards to the Sabbath, the Lord’s Day, and the day of worship. The early Church Fathers never taught that the Sabbath was changed to the first day of the week. The traditional Christian teaching is that Christ died on Friday, was dead and in... Read more »

There are many differing views in regards to the “soul” and “spirit” of man. The Bible teaches that humans have a body and a spirit. This body and spirit are one soul. So the soul is not the same as the spirit; however, the word “soul” is an expression of the spirit and the body united... Read more »