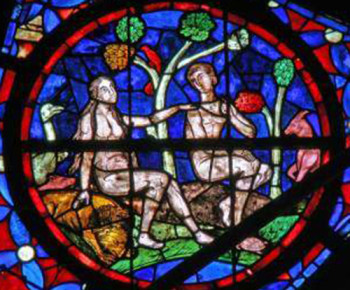 Every one has heard the saying “Man’s best friend“. When people say this, they are usually talking about a dog. While dogs are great creatures and surely help any household, “Man’s best friend” is no beast. From the beginning, there was no beast that could possibly be suitable for a man. Because of this, God gave man a woman to be his companion and wife. The woman is man’s best friend. Anyone who thinks otherwise is definitely gone astray from the truth. The woman is vital to a man’s well being and is required for him to be holy and clean.

Marriage was ordained for the mutual help of husband and wife, for the increase of mankind with legitimate issue, and of the church with an holy seed; and for preventing of uncleanness.
Westminster Confession of Faith Chapter 24.2 Of Marriage and Divorce

The woman: the definition of a friend

Websters dictionary defines a friend as “one attached to another by affection or esteem or one that is not hostile“. Yet, how many people talk about their wives as if they are unwanted. They call her “bitch,” “Old ball and chain,” “old lady”, “The slave driver”, or “The Ol’ Battle Ax”. The man should never be hostile to his wife. She is his best friend.

The Second Helvetic Confession states this wisely by calling the relationship between the husband (man) and wife (woman) “medicine”. So much so that the man should never separate from her. The relationship as man’s best friend is “to live together in complete love and concord.”

MARRIAGE. For marriage (which is the medicine of incontinency, and continency itself) was instituted by the Lord God himself, who blessed it most bountifully, and willed man and woman to cleave one to the other inseparable, and to live together in complete love and concord (Matt. 19:4 ff.). Whereupon we know that the apostle said: “Let marriage be held in honor among all, and let the marriage bed be undefiled” (Heb. 13:4). And again: “If a girl marries, she does not sin” (I Cor. 7:28).
The Second Helvetic Confession on Marriage

Men depend on their wife

It never ceases to amaze me when I hear men bash or degrade their wife. As if she is “second rate” or inferior. The Bible calls the relationship between the man and the woman as being “one flesh.” For a man to dishonor his wife is to dishonor himself, since they are one flesh.

And out of the ground the LORD God formed every beast of the field and every bird of the sky, and brought them to the man to see what he would call them; and whatever the man called a living creature, that was its name. And the man gave names to all the cattle, and to the birds of the sky, and to every beast of the field, but for Adam there was not found a helper suitable for him. So the LORD God caused a deep sleep to fall upon the man, and he slept; then He took one of his ribs, and closed up the flesh at that place. And the LORD God fashioned into a woman the rib which He had taken from the man, and brought her to the man. And the man said, “This is now bone of my bones, And flesh of my flesh; She shall be called Woman, Because she was taken out of Man.” For this cause a man shall leave his father and his mother, and shall cleave to his wife; and they shall become one flesh. And the man and his wife were both naked and were not ashamed. (Gen 2:19-25 NAS)

The Bible shows the relationship between a man and a woman as being “not ashamed.” I went to a so called “Bible church” and the pastor was talking about women as if they were inferior and less important than men. He went on about how women put men to shame because they get better paying jobs than men and that women get air conditioned work places. He degraded women stating how they have a period and that they are physically weaker. He went on about women being weak because they get pregnant and need men to fix things. The entire time the pastor was talking, his tone of voice was, what I would consider, in a “stereotypical” homosexual sounding voice. As a matter of fact, I thought the guy was gay. No man would ever want to speak that way about a woman unless they were a “stereotypical” homosexual.

Enjoy life with the woman whom you love all the days of your fleeting life which He has given to you under the sun; for this is your reward in life, and in your toil in which you have labored under the sun.
(Ecc 9:9 NAS)

The Bible says that men should look upon their wife like beautiful artwork.

How beautiful are your feet in sandals, O prince’s daughter! The curves of your hips are like jewels, The work of the hands of an artist.
(Sol 7:1 NAS)

The woman should be beloved to him.

Men should think their wife as the best woman for them. They should not want any other woman but the one God gave them. She should be so dear to him that he speaks nothing but good about her.

“You are altogether beautiful, my darling, And there is no blemish in you.
(Sol 4:7 NAS)

Men should view their wife as intelligent and beautiful. Like the Bible speaks of Abigail.

the woman was intelligent and beautiful in appearance
(1Sa 25:3 NAS)

Women are not inferior; but a blessing from God

The Bible by no means teaches that a woman is inferior or less than a man. The godly woman is a blessing to the man. She is precious and incomparable to any other. Like a friend, the man trusts in her and counts on her friendship.

An excellent wife, who can find? For her worth is far above jewels. The heart of her husband trusts in her, And he will have no lack of gain. She does him good and not evil All the days of her life. She looks for wool and flax, And works with her hands in delight. She is like merchant ships; She brings her food from afar. She rises also while it is still night, And gives food to her household, And portions to her maidens. She considers a field and buys it; From her earnings she plants a vineyard. She girds herself with strength, And makes her arms strong. She senses that her gain is good; Her lamp does not go out at night. She stretches out her hands to the distaff, And her hands grasp the spindle.

She extends her hand to the poor; And she stretches out her hands to the needy. She is not afraid of the snow for her household, For all her household are clothed with scarlet. She makes coverings for herself; Her clothing is fine linen and purple. Her husband is known in the gates, When he sits among the elders of the land. She makes linen garments and sells them, And supplies belts to the tradesmen. Strength and dignity are her clothing,

And she smiles at the future. She opens her mouth in wisdom, And the teaching of kindness is on her tongue. She looks well to the ways of her household, And does not eat the bread of idleness. Her children rise up and bless her; Her husband also, and he praises her, saying: “Many daughters have done nobly, But you excel them all.” Charm is deceitful and beauty is vain, But a woman who fears the LORD, she shall be praised. Give her the product of her hands, And let her works praise her in the gates.
(Pro 31:10-31 NAS)

The woman is man’s best friend

The woman is truly “man’s best friend“. Even a man who does not believe in God is made clean by her.

Woman are most glorious indeed. Man has no better friend than his wife. The Bible says,