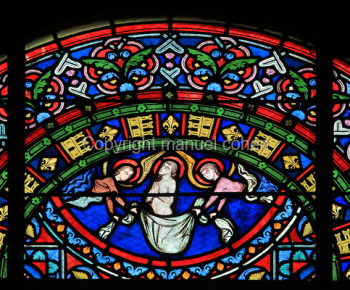 I recently received a couple questions from my friend ObeyAllGodCommands which stated,

Hello, James, I was wondering since spirit and soul are different things and a soul is the combination of a body and a spirit then could a person’s spirit have existed before their soul was created? Also, could different people share/ have the same spirit but have different souls? Is any of this possible?

This is a concept that predated the Christian church and is found in Greek philosophy. Below are quotes from the early Church Fathers and the Bible on the doctrine of the “pre-existence of the soul.”

NOTE! It is necessary for me to point out at the beginning that I personally would not divide, break fellowship, condemn or put any effort into arguing for or against the pre-existence of the spirit or soul. I believe it is more important for Christian unity to hold to essential doctrines over non-essential ones.

Could a person’s spirit have existed before their soul was created?

The idea of a pre-existence soul or spirit comes from Greek philosophy. Plato taught this prior to Christianity. It Plato’s dialogue between Socrates and Pheado, he says,

We recall an ancient theory that souls arriving there come from here, and then again that they arrive here and are born here from the dead. If that is true, that the living come back from the dead, then surely our souls must exist there, for they could not come back if they did not exist, and this is a sufficient proof that these things are so if it truly appears that the living never come from any other source than from the dead. If this is not the case we should need another argument. Plato Pheado 70.d

The Early Church Fathers and the Pre-existence of the Soul

The main proponent of the doctrine of the pre-existence of the souls is the Church Father Origen. An example of this is found in Origen’s work Origen De Principiis.

But to arrive at a clearer understanding on these matters, we ought first to inquire after this point, whether it is allowable to suppose that they are living and rational beings; then, in the next place, whether their souls came into existence at the same time with their bodies, or seem to be anterior to them.
Origen De Principiis Chapter VII.—On Incorporeal and Corporeal Beings 3

I, for my part, suspect that the spirit was implanted in them from without; but it will be worth while to prove this from Scripture: for it will seem an easy matter to make the assertion on conjectural grounds, while it is more difficult to establish it by the testimony of Scripture. Now it may be established conjecturally as follows. If the soul of a man, which is certainly inferior while it remains the soul of a man, was not formed along with his body, but is proved to have been implanted strictly from without, much more must this be the case with those living beings which are called heavenly.”… “How could his soul and its images be formed along with his body, who, before he was created in the womb, is said to be known to God, and was sanctified by Him before his birth?
Origen De Principiis Chapter VII.—On Incorporeal and Corporeal Beings 4

This view was not widely accepted or taught and was eventually condemned.

The Fifth Ecumenical council also known as the Second Council of Constantinople condemned the teaching and Anathematized it as heresy.

If anyone asserts the fabulous pre-existence of souls, and shall assert the monstrous restoration which follows from it: let him be anathema.
The Anathemas Against Origen I

As a whole, Christianity has not accepted the teaching that souls existed prior to the body being created and for the most part condemned such views.

Pre-existence of souls in Old and New Testament

The most important is the fact that there are no references in the Old or New Testament that say anything like souls pre-existing. The only references are about God knowing us before He created us. Typical verses used to support this are:

Before I formed thee in the belly I knew thee; and before thou camest forth out of the womb I sanctified thee, and I ordained thee a prophet unto the nations.
(Jer 1:5 KJV)
Thine eyes have seen my unformed substance; And in Thy book they were all written, The days that were ordained for me, When as yet there was not one of them.
(Psa 139:16 NAS)
just as He chose us in Him before the foundation of the world, that we should be holy and blameless before Him.
(Eph 1:4 NAS)

We do not need to exist prior to God knowing us. God knows that which existed, exists, and will exist in the future. God knew what he was going to create prior to creating it. Creation does not have to exist prior to Him creating it in order for God to know about it. There is no passage in the Bible that teaches a pre-existent soul or reincarnation.

The apocryphal book Book of Wisdom

There is a quote from apocryphal book Book of Wisdom that states a good soul entered into the body.

As a child I was naturally gifted, and a good soul fell to my lot;or rather, being good, I entered an undefiled body.
Wisdom of Solomon 8:19–20

This is a major quotation used for the pre-existence of the soul; however, the Book of Wisdom is not accepted as Bible Scripture.

With that said, I personally would not divide, break fellowship, condemn or put any effort into arguing for or against the pre-existence of the spirit or soul. I believe it is more important for unity in essential doctrines over non-essential ones.

Could different people share/have the same spirit but have different souls?

The words “spirit” and “soul” can only be defined in the specific sentence they are used. They sometimes mean the same thing and sometimes they don’t. I explain the differences in the article What is the spirit and the soul in man?. In that article the following points are essential.

We share the spirit of faith which means we have the mind, desires, and will of the person. This does not mean we share the exact same inner life of a human.

Now there are diversities of gifts, but the same Spirit(1Co 12:4 KJV)

We having the same spirit of faith, according as it is written, I believed, and therefore have I spoken; we also believe, and therefore speak
(2Co 4:13 KJV)

This means that the life we posses at conception a unique, individual spirit that identifies and separates us from one another.

Thou dost hide Thy face, they are dismayed; Thou dost take away their spirit, they expire, And return to their dust.(Psa 104:29 NAS)

So in this sense we share the same spirit (the mind, desires, and will). That just means we should be of one mind and have the mind of Christ. This is not to be confused with the inner life or individual entity of that person. The Bible or Christianity does not teach people can share the same life or entity. If one person dies the other will still live and vise versa. The sharing of the soul or spirit like “the Corsican brothers” concept is pure Science fiction and not founded on Biblical Christianity.