This article is dedicated to “The Cult of Eh” who is a professed atheist. I hope this helps in the understanding of the difference between Mormon and Christian beliefs. While this is not exhaustive, I tried to hit the main points so as to not be a diatribe. To see the tweets that sparked this issue, please see:

Non-Mormons never doubt that Joseph Smith completely invented Mormonism, so why is it hard to imagine Paul doing the same with Christianity?

Our dialogue over this is in a separate tweet located here.

Because what Paul says is verifiable through Archaeology, History, and contains undeniable truths even to Atheists.

The purpose of this is to explain why Christians believe what they believe and not what Mormons teach. In a nutshell, Mormonism is based off the Book of Mormon which has no proof and is in fact discredited through historical and archaeological facts. The New Testament and the Apostle Paul’s writings are in fact historically accurate and supported through archaeology and external historical writers.

Joseph Smith claimed that an Angel named “Moroni” gave him golden plates which contained “Reformed Egyptian” text of a historical record of Jesus speaking to Native Americans from around 600 BC and 400 AD.

What is the evidence for the Book of Mormon and the Mormon religion?

Proof for the “Golden Plates”

Analysis of the language of the Book of Mormon

The Book of Mormon has text that was directly lifted from the King James version Bible that was not cited and in fact plagiarized. The following table is from Wikipedia Biblical Language.

Clearly the Book of Mormon is written in Elizabethan Era English which is not a translation during the 1800’s.

The historical accuracy of the Book of Mormon

The references to animals in America are grossly incorrect. Animals that were brought here from Europe centuries after are mentioned throughout the Book of Mormon. See the table Wikipedia – Book of Mormon anachronisms. This clearly shows the Book of Mormon was an afterthought of a writer and not an original document of that Era it claims to represent.

Proof of the Book of Mormon through Archaeology

There is NO proof supporting the Book of Mormon that the Native Americans called the Lamanites and the Nephites ever existed. There are no writings, bones, city ruins, pottery, cave writing, or artifacts that can be found that verifies that the Book of Mormon is true.

The Net Testament is a collection of letters from a group of people who claimed to have meet Jesus Christ or were taught by those who meet Jesus Christ. It is a record of the Life of Christ from His birth till His death and the acts of the followers of Jesus after Christs death. The time frame is between c. A.D. 0 – 70.

Proof of the Letters written by Christians 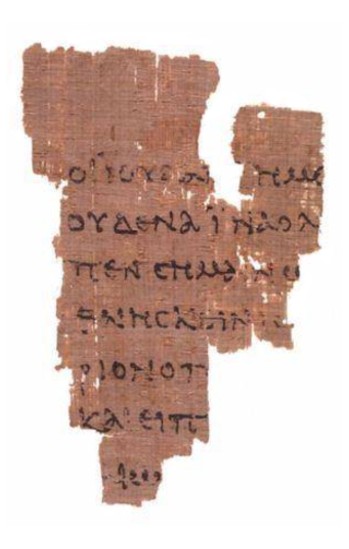 Analysis of the language of the New Testament

The New Testament language can be verified by comparing it to the Greek writings of that time. The Greek “Septuagint” was used by the Apostles and the language of the New Testament is the same as what is found in Timaeus, Polybius, Diodorus Siculus, Dionysius of Halicarnassus, Appian of Alexandria, Arrian, and Plutarch. The New testament writers were very good at citing their quote resources and none of their writings are plagiarized from any other books.

The historical accuracy of the New Testament

The New Testament talks about the Roman Emperors during the times they reigned. This is verified by reading Tacitus, The Annals of Imperial Rome.

There is historical evidence of a Sanhedrin, a Jewish government, and a King Herod during that time. You can read about it in the works of Josephus. The leaders of Israel in the New Testament did exist and can be read about. You can see the coins they made when they revolted against Rome. This was the First Jewish–Roman War

There is also evidence of Pontius Pilate in the works of Tacitus, Philo of Alexandria, and Josephus. There is plenty of evidence concerning the government, people, and places mentioned in the New Testament in history.

Proof of the New Testament through Archaeology

The events mentioned in the Gospels and in the Book of Acts can be mapped out to the locations we can go to and visit today. There was no mythical races, no unverified cities, and no geographical location that cannot be seen today. Bethlehem, Nazareth, Capernum, Samaria, Judea, Jerusalem, and all the cities mentioned in the gospels are actual cities you can visit today.

The graphics to the left are the locations notated in the Bible about Christs ministry and Crucifixion. From generationword.com – Bible Teaching Ministry of Galyn Wiemers

The Temple in Jerusalem also can be visited. There is a huge controversy over the Temple mount about the artifacts from the old temple being destroyed by Muslims and the Muslim mosque being built in the “Holy of Holys” of the Jewish temple location is going on today.

The location of Christ’s Crucifixion, the Temple, the cities, bodies of water, and landmarks are all verifiable at the location.

The Apostles were eye witnesses

The Apostles, other than Paul all stated that they witnessed the events of Christs ministry.

Inasmuch as many have undertaken to compile an account of the things accomplished among us, just as those who from the beginning were eyewitnesses and servants of the word have handed them down to us,
(Luk 1:1-2 NAS)

This is the disciple who bears witness of these things, and wrote these things; and we know that his witness is true.
(Joh 21:24 NAS)

And with great power the apostles were giving witness to the resurrection of the Lord Jesus, and abundant grace was upon them all.
(Act 4:33 NAS)

So there are multiple people saying they witnessed the same events.

The accuracy of the Apostle Paul in the New Testament

He initially went into hiding for a while because he was wanted in Jerusalem. Paul associated with the apostles themselves who were eye witnesses of Christ himself and traveled with Barnabas, John Mark, Timothy, and Silas.

The historical accuracy of Pauls Journeys and letters

The apostle Paul has an almost complete account of his journey’s and life that was written by Luke in the Acts of the Apostles. All the locations in Paul’s journey’s in Acts correspond to his Letters he wrote as well.

All of which are actual geographic locations and believable conversations. He clearly wrote his letters with the intent of instructing the reader to whom he wrote it to.

Luke was a witness with Paul and was around the disciples as well. He wrote the Gospel of Luke based off of the eye witness accounts.(Luk 1:1-2) Initially Luke says the disciples were afraid of Paul because of the persecution he did against the church. (Act 9:26-30) Luke calls Paul an apostle. (Act 14:14) Luke says Paul stayed with the Apostles in Antioch and in their houses. (Act 11:26, Acts 15:1-41, Act 18:22-23, Act 21:8) Luke states the Paul was trained as a strict Jew. (Act 22:3) Nowhere does Luke intimate that Paul is not an Apostle or that what Paul taught was anything but what the Apostles taught as well.

For more info See, aletheiacollege.net – Paul’s use of the gospels – further observations

Peter affirms Paul as an authority.

and regard the patience of our Lord to be salvation; just as also our beloved brother Paul, according to the wisdom given him, wrote to you
(2Pe 3:15 NAS)

Paul says he did not become a Christian by someone preaching it to him; but that Christ stopped him through a divine intervention. (Act 9:2-17; Gal 1:11). After he believed he went into exile to study for 3 years. (Gal 1:11-18) Afterwards he met with Peter and James and became acquainted with the church. Paul said the apostles and church were “glorifying God because of me.” (Gal 1:11-24) Nowhere in the non-Pauline writings does Paul get disparaged as an Apostle.

Furthermore, the teachings of Paul are verifiable in the Old Testament scriptures, the non-Pauline New Testament writings and the Gospels. Paul’s teachings are not contradictory to them.

Conclusion to the difference between Mormonism and Christianity

There is no comparison between Mormon teaching and the New Testament teaching. The Book of Mormon is completely not verifiable and has no historical support whatsoever. The New Testament on the other hand aligns with Historical writings of their time, there are countless quotes and manuscript fragments available to look at. The History aligns with the history of the civilization at the time it was written and the geographical cities, and archaeological artifacts are everywhere to look at. One can fly to Israel and look at them.

The teachings of Paul are the same that is found in the other writings in the New Testament and his teachings are straight out of the Old Testament, which where the Scriptures the Apostles used during that time. The Apostles did not contradict each other and they did not do anything for monitary gain. They all had jobs. Unless they were in prison. The information they gave to each other was for benefit and not for any selfish gain. To say Mormons hold the same, similar, or even remotely base their beliefs off of the same teachings, is to be completely in the dark of where Mormon and Christian teachings come from.