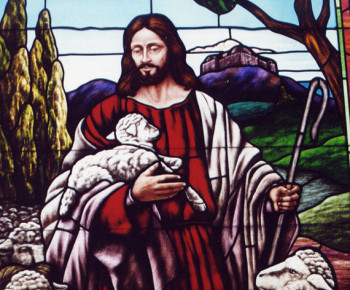 The Son of God is the Word of God

Christians call the Son of God “The Word of God”. This teaching is clearly taught in the first chapter of the gospel of John.

What we mean by the Word of God is that God communicate His thoughts from His mind. There is no such thing as a thoughtless God; nor, is there a speechless God. To believe in a dumb God is absurd. God is a God that thinks, reasons, and can communicate as well.

Because Christians believe the Word of God is the Son of God, the conclusion we come to is that Christ was begotten before eternity

The Son was begotten from all eternity

The Orthodox Christian teaching is that the Son of God was begotten from the Father before eternity.

And He is the image of the invisible God, the first-born of all creation. (Col 1:15 NAS)
I came forth from the Father, and have come into the world; I am leaving the world again, and going to the Father.
(John 16:28 NAS)

We say “begotten” from the Father which means “coming forth from,” “originating,” or “generating” from the Father. This can be found in the Westminster Confession of Faith and its catechisms. The Larger Catechism says,

Q. 10. What are the personal properties of the three persons in the Godhead?
A. It is proper to the Father to beget the Son, and to the Son to be begotten of the Father, and to the Holy Ghost to proceed from the Father and the Son from all eternity.
The Westminster Larger Catechism Question 10

This simply means that God has an order to His nature. Not that God has three gods within Him; but, that he is self generating, self sustaining, and order. In the Orthodox teaching of the trinity, God is the Mind, the Word, and the Spirit. We see God as three in His thought, word, and will. The Word of God is “begotten” or generated from the “Mind” of God. Click here to read about answers to objections to the Son being begotten from eternity.

The Son is the Mediator and Savior between God and man

For there is one God, and one mediator also between God and men, the man Christ Jesus
(1Ti 2:5 NAS)
Jesus said to him, “I am the way, and the truth, and the life; no one comes to the Father, but through Me.
(John 14:6 NAS)
And there is salvation in no one else; for there is no other name under heaven that has been given among men, by which we must be saved.
(Act 4:12 NAS)

We have no possible way to communicate directly with God or stand before Him. We would be obliterated by His righteousness. There is no possible way humanity can come to know God outside of the Son of God or God’s Word. God’s Word brings us to Him. That is why Bible says,

Q. 36. Who is the Mediator of the covenant of grace?
A. The only Mediator of the covenant of grace is the Lord Jesus Christ, who, being the eternal Son of God, of one substance and equal with the Father, in the fullness of time became man, and so was and continues to be God and man, in two entire distinct natures, and one person, forever.
Westminster Larger Catechism Question 36

So we see that in order for man to be able to know God, the Son of God must mediate between God and humanity.

The Mediator (Christ) must be God

Christianity teaches that the mediator must be God in order to satisfy the requirement of bringing salvation to God’s people. In order for human kind to be able to stand before God, they must have the physical capability. Because humans are destructible, humans cannot stand before God. Only an indestructible being can go before God on our behalf. The Bible says,

And God raised Him up again, putting an end to the agony of death, since it was impossible for Him to be held in its power.
(Act 2:24 NAS)
Jesus answered and said to them, “Destroy this temple, and in three days I will raise it up.
(John 2:19 NAS)
For this reason the Father loves Me, because I lay down My life that I may take it again.
(John 10:17 NAS)
who has become such not on the basis of a law of physical requirement, but according to the power of an indestructible life.
(Heb 7:16 NAS)

The Apostles clearly taught that Christ could not be destroyed, which, is only true for God. Because Christ is fully God and fully man, He is able to perform the duty of mediator for human kind. The Westminster Larger Catechism states,

Q. 38. Why was it requisite that the Mediator should be God?
A. It was requisite that the Mediator should be God, that he might sustain and keep the human nature from sinking under the infinite wrath of God, and the power of death; give worth and efficacy to his sufferings, obedience, and intercession; and to satisfy God’s justice, procure his favor, purchase a peculiar people, give his Spirit to them, conquer all their enemies, and bring them to everlasting salvation.
Westminster Larger Catechism Question 38

If Christ is not God, He would not be able to stand before God on our behalf.

The Mediator (Christ) must be man

Not only does the mediator have to be God, He must also be fully man. This is to satisfy the requirement of dying for our sins, remaining in death for three days and raising from the dead. Only a human can act as a substitute for another humans sins.

Since then the children share in flesh and blood, He Himself likewise also partook of the same, that through death He might render powerless him who had the power of death, that is, the devil; and might deliver those who through fear of death were subject to slavery all their lives. For assuredly He does not give help to angels, but He gives help to the descendant of Abraham. Therefore, He had to be made like His brethren in all things, that He might become a merciful and faithful high priest in things pertaining to God, to make propitiation for the sins of the people. For since He Himself was tempted in that which He has suffered, He is able to come to the aid of those who are tempted.
(Heb 2:14-18 NAS)

Christ made what is called a “substitutionary atonement” for our sins. That meaning, He bore the penalty for the sins we committed in our place. This requires Him to be human as an adequate substitution.

Q. 39. Why was it requisite that the Mediator should be man?
A. It was requisite that the Mediator should be man, that he might advance our nature, perform obedience to the law, suffer and make intercession for us in our nature, have a fellow feeling of our infirmities; that we might receive the adoption of sons, and have comfort and access with boldness unto the throne of grace.
Westminster Larger Catechism Question 39