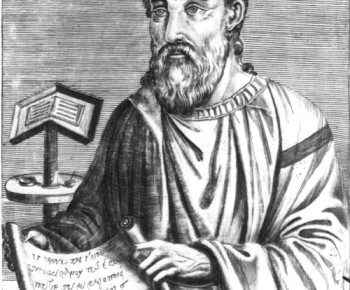 Eusebius Pamphilus of Caesarea was a great christian historian and bible critic that contributed immensely to the modern Bible we have today. He was born around 260 to 265 and died around 339 to 340 AD. He lived in Caesarea which is now day Israel near Tel Aviv.

His works, especially on the “Ecclesiastical History” of the church from Christ to the Emperor Constantine is the greatest of all christian history books. If you have not read Eusebius’ Ecclesiastical History of the church, I highly recommend reading it as soon as possible. Eusebius’ writings give a clear understanding of how early Christians were in society, what they believed, and what books and writings they relied on.

A reoccurring concept that Eusebius brings up in his writings are the concept of Piety. Piety is a very Greek teaching. The concept appears frequently in the philosopher Plato’s dialogue Euthyphro (in which Socrates seeks a definition of piety). Eusebius attributes piety to the faithful in Christ. He says,

And as by them (the Apostles) the seeds of piety were sown among a multitude of men and the whole nation, descended from the Hebrews, devoted themselves persistently to the worship of God,

Ecclesiastical History Book I CHAPTER II. Summary View of the Pre-existence and Divinity of Our Savior and Lord, Jesus Christ.

Likewise, he describes those who are not faithful to and oppose Christ as impious.

The judgment of God at length overtook those who had committed such outrages against Christ and his apostles, and totally destroyed that generation of impious men.
Ecclesiastical History Book III CHAPTER V. The Last Siege of the Jews after Christ.

The Christian can feel comfort by reading Eusebius’ Ecclesiastical History in that he paints a very clear picture of what happens to those who despicably treat good people with contempt and murder.

Eusebius and the New Testament canon

Eusebius contributed greatly to the New Testament canon. He is considered a “Father of Church History” and a great scholar of the Biblical canon. He talks about some books as being disputed by some; but, included because of their wider acceptance.

First then must be put the holy quaternion of the Gospels; following them the Acts of the Apostles. After this must be reckoned the epistles of Paul; next in order the first former epistle of John, and likewise the epistle of Peter, must be maintained. After them is to be placed, if it really seem proper, the Apocalypse of John, concerning which we shall give
the different opinions at the proper time. These then belong among the accepted writings. Among the disputed writings, which are nevertheless recognized by many, are extant the so-called epistle of James and that of Jude, also the second epistle of Peter, and those that are called the second and third of John, whether they belong to the evangelist or to another person of the same name.
Ecclesiastical History Book III CHAPTER XXV. The Divine Scriptures that are accept and those that are not.

There were books that were not included in the bible due to them being forgeries. Eusebius says,

Among the rejected writings must be reckoned also the Acts of Paul, and the so-called Shepherd, and the Apocalypse of Peter, and in addition to these the extant epistle of Barnabas, and the so-called Teachings of the Apostles;
Ecclesiastical History Book III CHAPTER XXV. The Divine Scriptures that are accept and those that are not.

He also talks about writings that were not included due to being absurd and impious.

We have felt compelled to give this catalogue in order that we might be able to know both these works and those that are cited by the heretics under the name of the apostles, including, for instance, such books as the Gospels of Peter, of Thomas, of Matthias, or of any others besides them, and the Acts of Andrew and John and the other apostles, which no one belonging to the succession of ecclesiastical writers has deemed worthy of mention in his writings. And further, the character of the style is at variance with apostolic usage, and both the thoughts and the purpose of the things that are related in them are so completely out of accord with true orthodoxy that they clearly show themselves to be the fictions of heretics. Wherefore they are not to be placed even among the rejected writings, but are all of them to be cast aside as absurd and impious. Let us now proceed with our history.
Ecclesiastical History Book III CHAPTER XXV. The Divine Scriptures that are accept and those that are not.

We can thank Eusebius for his faithful work in researching and bringing to us the truth of God’s word.

His major works are “Ecclesiastical History,” “The Life of Constantine,” and “Chronological Canons“. You can download them free below.